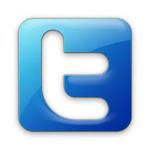 The Gulf Coast Texans Soccer Club (GCT) is striving to project a professional image. Every player should adhere to the following practice and game uniform policies. Only official GCT Nike uniform sets, GCT practice gear, and GCT cold weather gear should be worn.

Practices:
All players should arrive wearing their practice tee, non-numbered black practice shorts, and white socks. Practice tees must be tucked in at all times. All players should bring their soccer bags, soccer balls, and water or a sports drink. Soccer bags should be lined up neatly at the sidelines. Game uniforms should never be worn at practice, and such players are to be sidelined by the coach during the entire practice or until they comply with this policy. Goalies may also wear their keeper jersey during practice.

Goalkeeper Game Uniform:
Goalies should arrive wearing their practice tee and black game shorts, and then change to their game jersey 5 minutes prior to game kick-off. Alternatively, goalies can elect to arrive wearing their goalkeeper attire (jersey and shorts/pants). Goalies may elect whether or not to tuck in their practice tee during practice, or goalkeeper jersey during game play, while playing as goalkeeper. Goalies that also have time in games as a field player, must change to the same uniform as their field players.

Goalie’s game uniform is black game shorts, black game socks, and either of the Texan keeper jerseys for all season games/tournaments and all invitational tournaments.

Attire After or In-between Games:
After the completion of a season game, or in between season tournament and invitational tournament games, players (including goalies) must change from their game jersey to their practice tee. Being shirtless or wearing only a sports bra is not allowed. This applies while at the fields or while out in public.

In no event should any other shirt or shorts/pants/skirts be worn with GCT game uniforms at any time.

Cold weather gear:
Nike sweatsuit (if required to be purchased in team uniform kit) should be worn to all games/tournaments when the weather allows it and uniformly by all players. For pre-game warm-up, if one or more players are not wearing their cold weather gear, then no player can wear their cold weather gear. Note: if over heating or getting too cold is a problem, then common sense and safety should be followed. Black head bands/ear warmers and black leggings may be worn during cold weather.

No hats are allowed at any time.

Personal Wear:
The following items are considered personal wear items and not required to be Nike branded:

Outside Representative Functions:
Functions such as club/team fundraisers, volunteer work with sponsors, ball boys/girls at local high school and college games, etc. are a good opportunity to represent the Gulf Coast Texans. Practice uniforms, and cold weather gear (Nike sweatsuit, hooded sweatshirts and sweatpants) ARE allowed to be worn by players.

Note that players may also wear their practice tee, Nike sweatsuit, and/or hooded sweatshirt outside of practice, i.e., to school, etc.

For travel to tournaments, team dinners, etc., players should wear their practice tee and Nike jacket or Texan hoodie (if required to be purchased in team uniform kit) as weather allows.